Literacy is the cornerstone of all humanitarian efforts.

We are a faith-based, nonprofit organization founded in 1961 by Eulalia Cook, Justo and Luisa Gonzalez. We offer programs in literacy, basic education, early childhood development/preschool, health, nutrition, job and skills training and community development to the poorest in 15 countries throughout Africa, Latin America, Europe and the United States. Alfalit reaches very poor and remote areas and provides high quality, cost-effective education with compassion and respect for the people we teach. 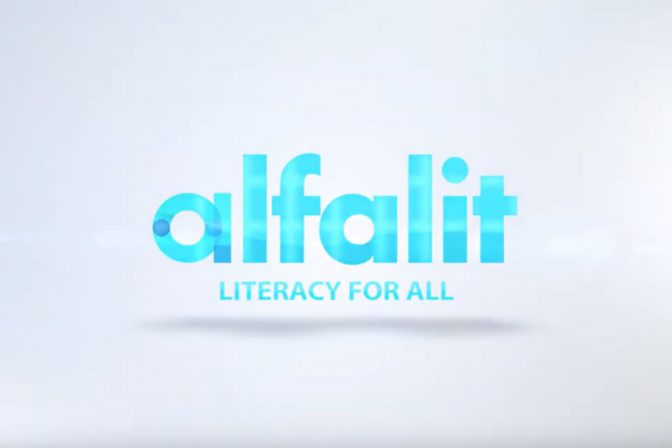 Number of years Alfalit has been in operation.

Alfalit students who are children in pre-school from 2 countries.

Students enrolled in Alfalit programs in 2017, between the ages 3 to 81.

Number of people who learned how to read, write and do math through Alfalit.

Our vision inspires the human spirit

Alfalit has touched the lives of over 8 million people

The vision of Alfalit resides in the heart of every human being who yearns to improve himself or herself and longs for a better quality life, but has no opportunity to get it. Whether under a tree, in a sun baked field, or in a corrugated tin shed, Alfalit wants to be there teaching those persons — giving them self-esteem, hope, and the basic tolls not only to survive but to truly live.

Operates in 15 countries and on four continents.
Serving the most impoverished communities in urban and rural areas to improve the lives and economic situation of the people.
Enrolls nearly 150,000 students annually including 11,000 preschool children.
Trains over 13,000 teachers, the majority of them volunteers.
Teaches an illiterate person to read, write and do basic math in approximately 120 hours at a cost of $60 each.
Develops educational materials in English, Spanish, French, Creole and other indigenous languages based on the Laubach method.
Provides important nutrition and health information such as HIV/AIDS education and economic development programs such as micro credit and community enterprises.
Works through its affiliates that are managed by the director of the country, their board of directors and staff.
Over 90% of Alfalit’s funds are used for projects to benefit.
Collaborates with partners and sponsor organizations to leverage its services.
Received local, national, and world recognition by UNESCO.

To achieve its mission, purpose and vision, Alfalit:

Approximately 95 cents of every donated
dollar goes to program services.

Providing literacy for all students free of charge in over 15 countries on 4 continents.

RESPECTING ALL PERSONS regardless of gender, race, religion and ethnicity.

Reaching and teaching as many people as possible with LOVE and COMPASSION.

Conducting our programs and organization with the utmost INTEGRITY.

Challenging ourselves to develop INNOVATIVE programs that meet the real-time needs of the people we serve.

The United Nations Educational, Scientific, and Cultural Organization (UNESCO) has honored Alfalit’s programs in Peru and Guatemala. Cited as reasons for these awards were Alfalit’s education programs. They were declared complete and effective because of their methodology, the quality of their texts, and the richness of their complementary readings about nutrition, health, and community development. Also cited was Alfalit’s ability to teach in the participants’ own language, preparation given to the volunteers, and Alfalit’s cooperation with governmental and nongovernmental organizations in the struggle against illiteracy.

In 2006, Alfalit Boliviano was selected as one of nine model programs worldwide to present on Literacy for Health at the first every White House Conference on Global Literacy at the opening of the General Assembly of the United Nations. Former First Lady Laura Bush joining UNESCO and its LIFE program to promote global literacy stated, “Global literacy is the most important long-term investment we can make to secure the world’s peace and prosperity for all generations.”

Mrs Bush has cited the story of Emiliana:

Emiliana, an Alfalit student, living in a small Bolivian town, woke up at three in the morning, her two-year-old son started convulsing and lost consciousness. Emiliana rushed him to the hospital, but she couldn’t find anyone to help her. Then she realized, “I can read the signs!” With the literacy skills she developed Emiliana followed signs until she found the emergency room — and the doctor on duty.

Later, Emiliana was able to read instructions the doctor had written for her, until her little boy recovered completely. Emiliana says, “I never imagined that know how to read would save my son’s life.”

The People We Serve

Over 770 million people around the world cannot ready of write. These people are often helpless. They live shamed and isolated lives and find it almost  impossible to move out of poverty. Their sense of self worth is so shattered that they become easy targets for abuse, exploitation, and deception. Their alternative many times is to turn to crime to survive. Alfalit is HOPE! You to can join us in changing lives.

Our Work has Global Impact

We do our best to reach and teach as many students as possible, wherever they may live. Some of our classes are held in old shipping containers in Liberia, under a mango tree in Mozambique, and in donated spaces. Where there is thirst for knowledge, Alfalit tries its best to deliver programs. Alfalit has been recognized by USAID as an organization committed to providing programs in the hardest-to-reach areas of post-conflict countries. Every year, we teach more than 120,000 in 16 countries. Alfalit provides its programs FREE OF CHARGE to all its students.

Make a difference in the lives of children and adults in the United States and beyond. Alfalit’s free literacy and educational programs help enable women to build a better future for themselves and their families.